Carnoustie is mentioned in documents going back 500 years, but at that time it was simply a large farm lying between the Pitskelly and lochty burns.

Just over 200 years ago, in 1798, the owner, Major William Philip gave Thomas Lowson, a loomwright from Barry, permission to build a cottage near the shore. The ground turned out to be so fertile that the willow twig that Thomas used to dibble in his cabbages,sprouted and began to grow into what is now the famous Dibble Tree.

This encouraged other people to ask major Philip to feu them some ground.

David Hunter on the neighbouring farm at Pitskelly had also granted feus for a group of cottages called Hunterstown, while David Gardyne at Ravensby was building Gardynestown close by.

The three goups were forming a settlement which was first called Tayside Feus.

Mr Kinloch opened a brickworks which together with Mr Hunter’s Pitskelly Quarry provided building materials for the growing settlement. George Kinloch persuaded the other landowners to change the name back to Carnoustie and encouraged tradesmen to open shops.

The first inhabitants were mainly handloom weavers who built pairs or terraces of cottages along with shared workshops.

The first two churches, both Seceder congregations, were built in 1810, and a few years later two spinning mills were opened.

1838 brought the railway to Carnoustie, and at the same time the first Parish church was built. Two church schools and several independent schools appeared. In the 1860’s , possibly inspired by New Lanark, James Smieton built a modern linen works along with several streets of comfortable houses for his workpeople and a school where children aged 11 and over received education for half a day and worked in the factory for the other half.

In 1889 the status of Carnoustie was raised from village to town with the election of a town council and provost. Money was raised to buy a large section of the Links for golf and other sporting activities.

Carnoustie became well established as a holiday resort, advertised as the “Brighton of the North”.

Carnoustie Gala day was revived by the Community Council in 1987 and the Gala Committee formed in 1989.

From a modest beginning, Gala Week is now a huge undertaking organised by a small band of dedicated volunteers – The Gala Committee, arguably one of the hardest working organisations in the town of Carnoustie.

Gala Day is the busiest day of all in the Gala year.  This is when we have the Parade of Floats led by Pipe Bands which is well worth seeing as the people of Carnoustie decorate all manner of transport based on a designated theme, and they themselves dress up accordingly.  The Parade travels along Carnoustie’s High Street and then terminates in Carnoustie House grounds where they are judged.

Gala Day is also when stalls, competitions, etc. take place at Carnoustie House grounds – entry on Gala Day is FREE (stall holders are required to pay a fee). The Gala Committee are also involved in preparing the Gala Programme that has details of all the events and is free.  The Committee is also involved all year round, organising various other events in support of the Gala.

For example, the Committee is also responsible for funding and organising the even popular Torchlight Parade held around Guy Fawkes Night in November.  In 2011 we had 500 Torch Bearers and approximately 1200 people of all ages starting the parade with more joining en route.  The Parade starts at Woodlands Primary School, travels through the streets of Carnoustie and culminates at Links Parade to join the mass crowds awaiting the Bonfire and the Fireworks Display funded and organised by the local Coastguards.

Indeed a very hard working team – please support us whenever you can! 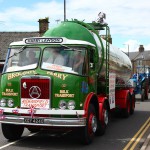 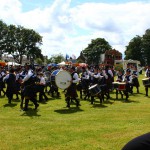 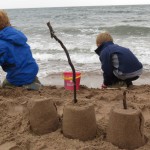 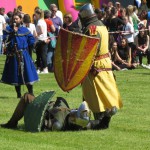 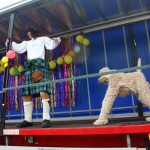